As a manufacturer and developer of diesel engines, MAN is affiliated with the agricultural industry since the early 20’s. The innovative power units were first installed in its own farming machines, ranging from motorised plough to tractors, but were later mostly sold to other manufacturers.

Nowadays, MAN engines are being used where highest standards of performance and efficiency are required. They are present in a broad range of agricultural equipment from numerous manufacturers. Market and technology leaders of the industry count on MAN engines for the prime propulsion of their machines. 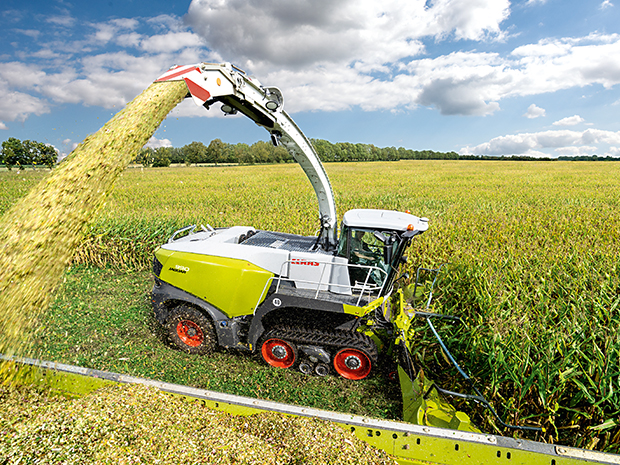 In 2019, the new high-performance IDEAL 10 was the latest top model to be added to the IDEAL series of large combine harvesters from the AGCO Group. Thanks to the D4276 engine from MAN, it achieves maximum power of 581 kW (790 hp) and complies with the Stage V European emission standard. 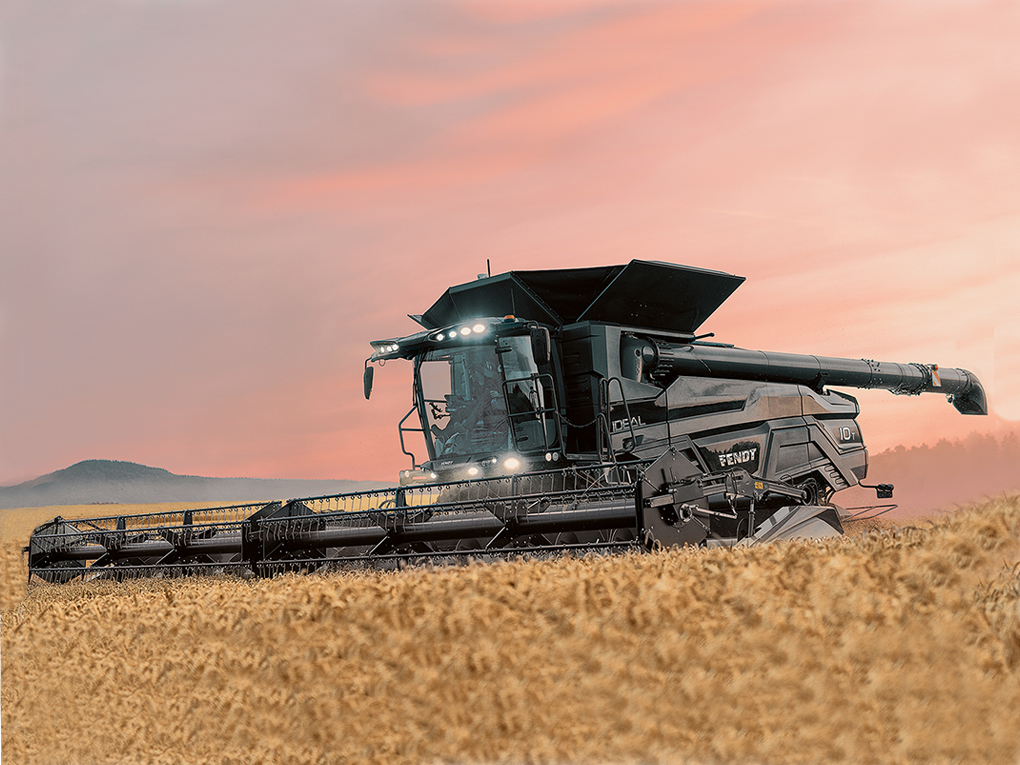 CLAAS is showcasing a new generation of LEXION combine harvesters. The 6900, 7600 and 7700 models are powered by a D2676 engine from MAN. Added to this is the newly developed straw walker machine with an additional separation drum for smooth crop flow with gentle grain and straw handling. 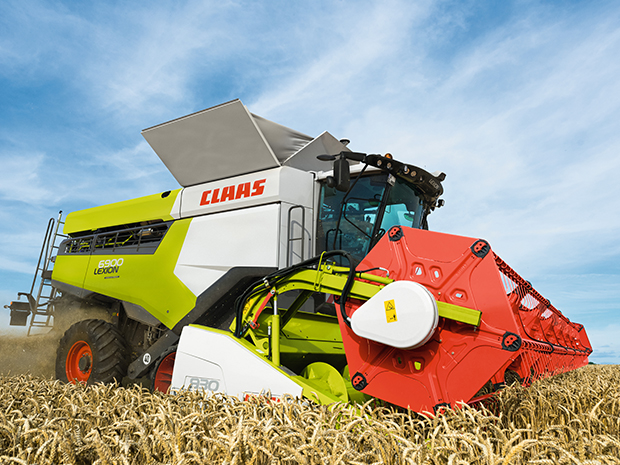 With the launch of the 900 series in 2019, Fendt has managed to cover the power range between the 800 Vario and the 1000 Vario. All five models are equipped with a 6-cylinder engine (MAN D1556) which has been newly developed by MAN and specially designed for Fendt. With the new 942 Vario, which was presented at the beginning of July 2019, the 900 series goes over 400 hp for the first time. 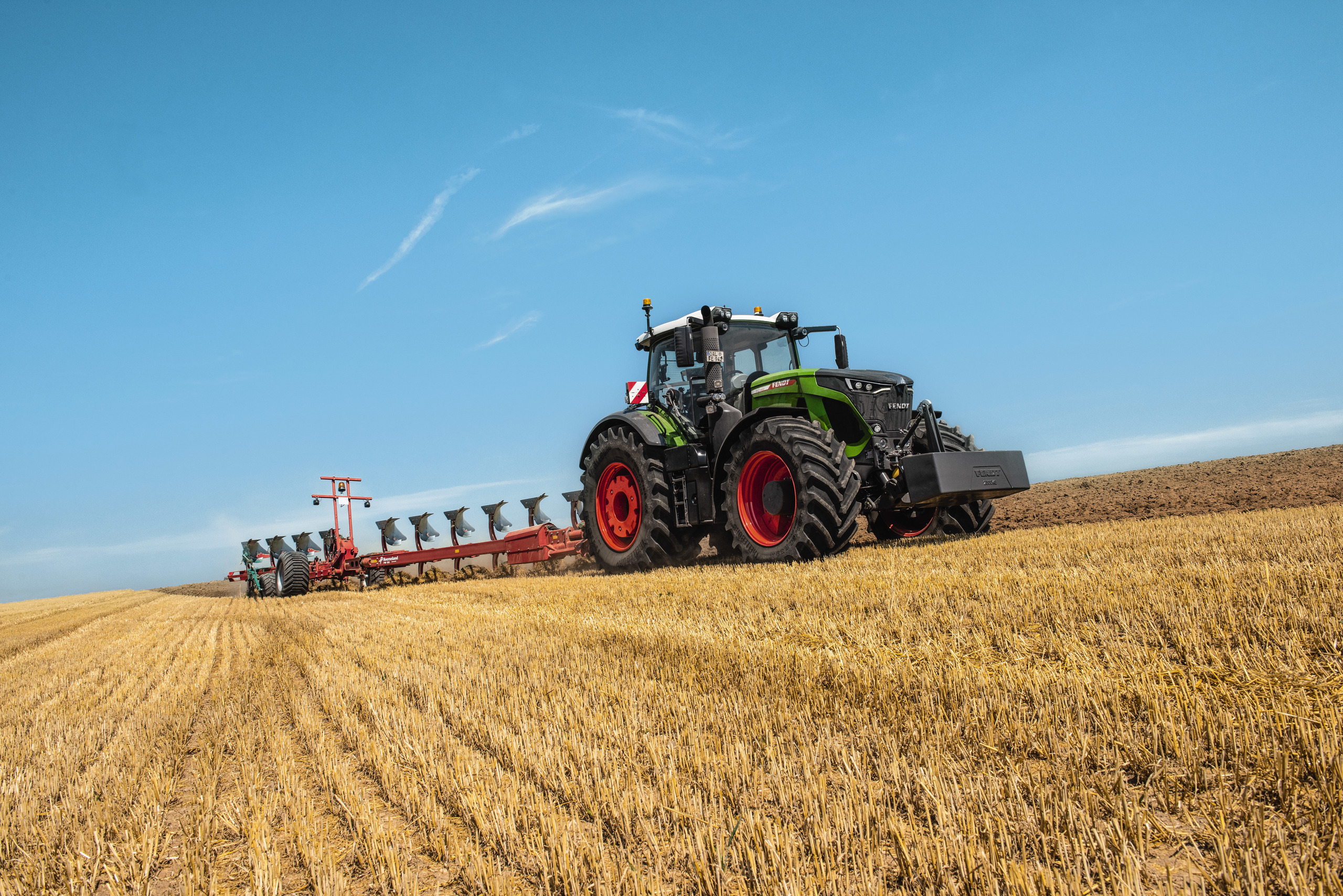 With the LEXION 8900, CLAAS has entered a new performance class in 2019. The high-performance combine harvester is powered by a 790 hp (581 kW) 6-cylinder engine. The engine output of the D4276 is adjusted to the operating conditions using DYNAMIC POWER, ensuring optimum fuel efficiency. 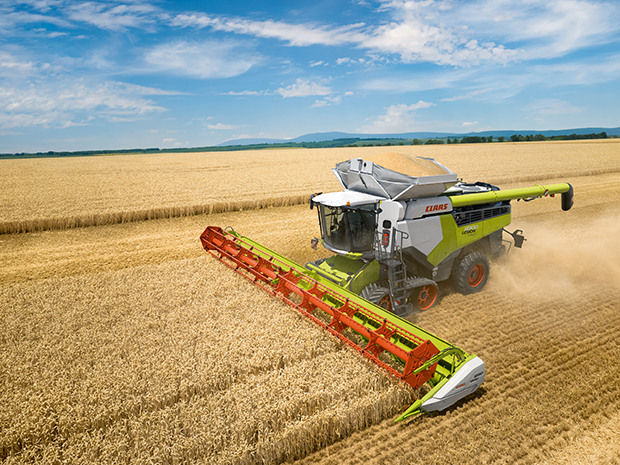 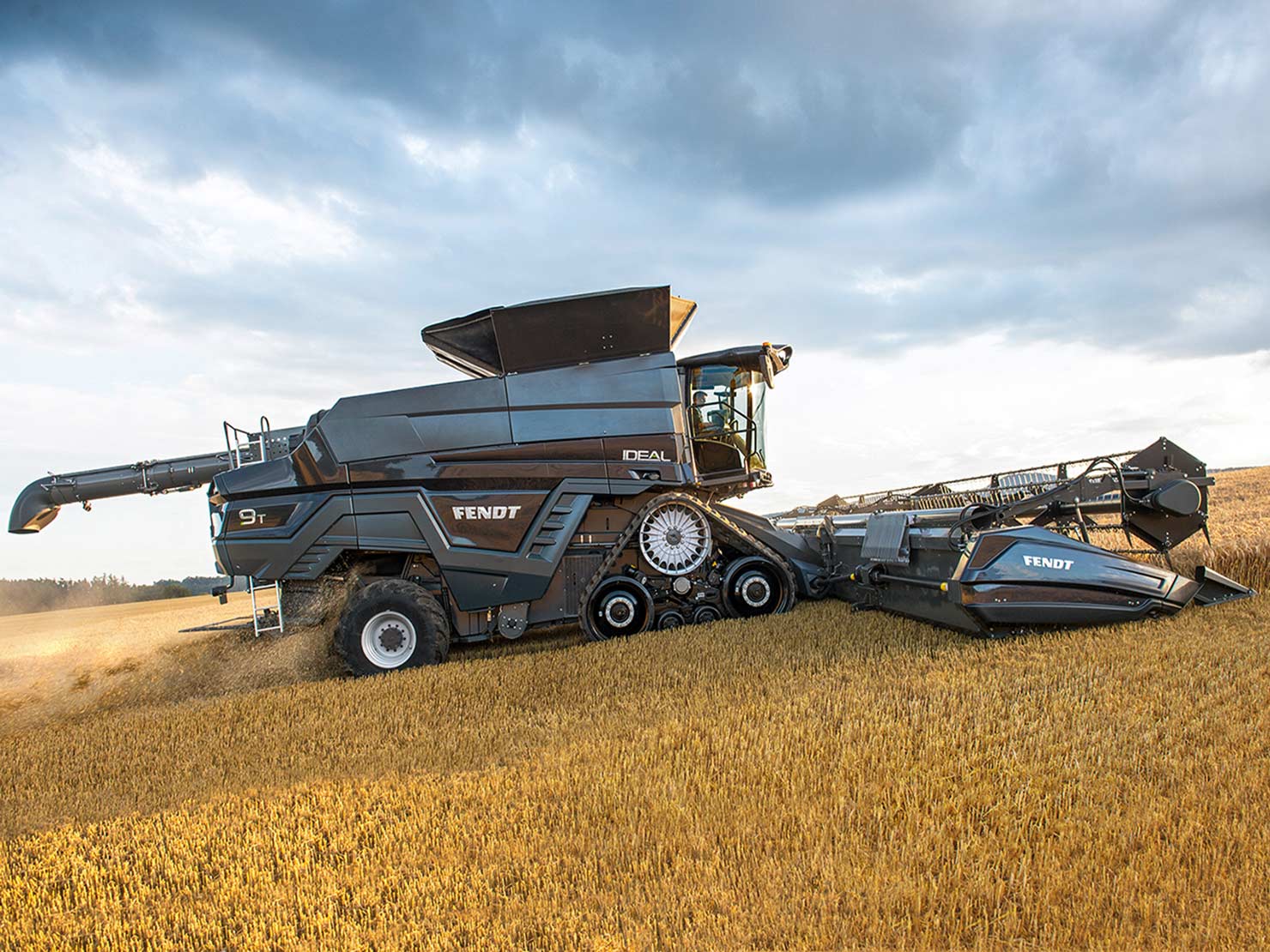 With the 1000 Vario series, Fendt expands its range into higher performance ranges. The six-cylinder engine from MAN (D2676) is used to power the largest standard tractor in the world. The most powerful of the four models in the series has a top performance of 517 HP (380 kW). Apart from their high performance, the engines are also characterised by extremely low fuel consumption. 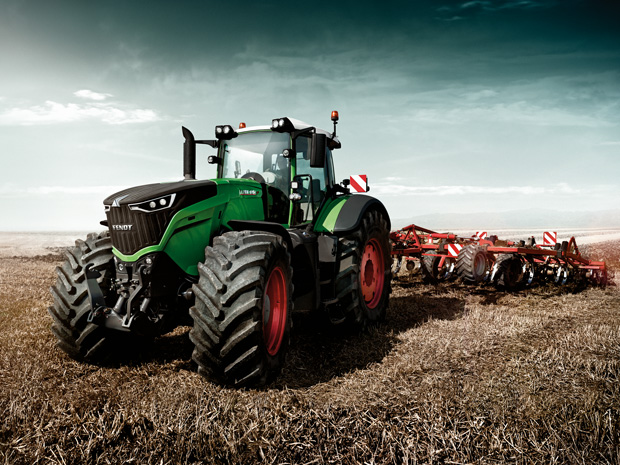 In view of the growing transportation requirements in farming and forestry, trucks are also playing an increasingly important role in fields and forests. MAN offers special conversions for the TGM, TGS and TGX models for these applications for agricultural work, wood chippers and transporting timber. 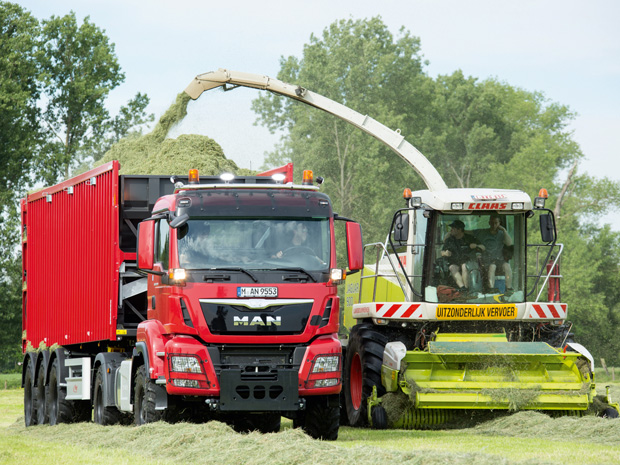 In 2011, Claas launched a new generation of its high-performance forage harvester. Both of the top models, the Jaguar 970 and 980, have V8 and V12 MAN engines. The Jaguar won the "Machine of the Year" award at Agritechnica 2011. The decisive factors in this success are the MAN engines and the "Dynamic Power" demand-responsive power control system, which allows the engine to run at optimum consumption at all times. 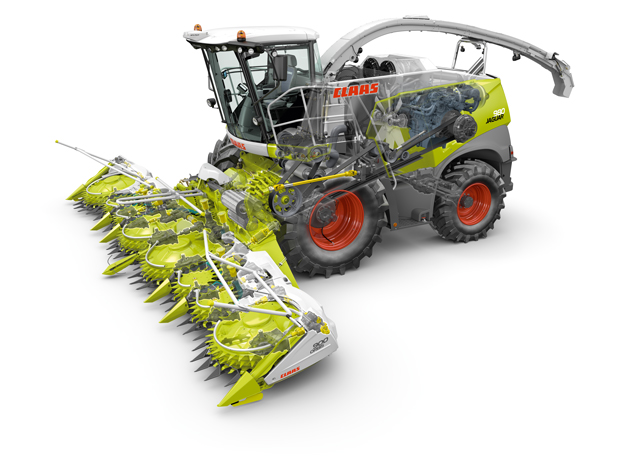 Since 2011, the high-performance mower conditioner BiG M 420 and BiG M 500 have been fitted with a MAN engine. The BiG M 420 was equipped with the in-line six-cylinder D20 with 420 hp (309 kW) and the BiG M 500 with the D26 with 500 hp (368 kW). Both engines operate with SCR technology, with an aqueous urea solution injected into the exhaust gas system, resulting in significantly lower pollutant emissions.

The most powerful forage harvester on the market in this time and at the same time one of the largest agricultural machines in the world, the Krone BiG X 1100, packs an impressive 1,078 hp. Its MAN D2862 engine has twelve cylinders with a cylinder capacity of 24.24 l. The BiG X models have been fitted with powerful and efficient eight- and twelve-cylinder MAN engines. 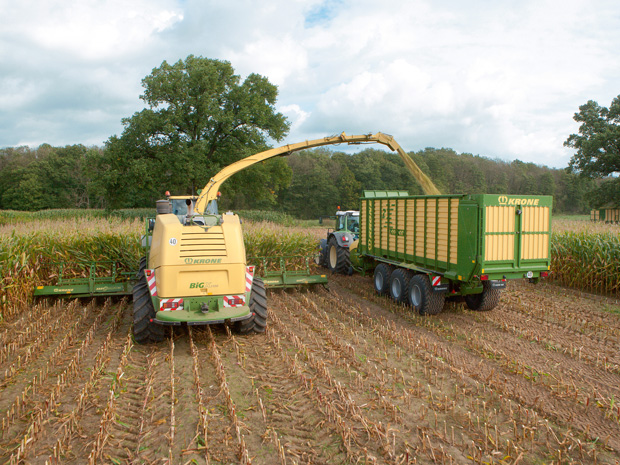 The Fendt concept study TriSix caused quite a stir at Agritechnica 2007. The 19.3 ton large tractor has three axles and six wheels. The agricultural behemoth is powered by a MAN in-line six-cylinder engine (D26) that delivers 540 hp. 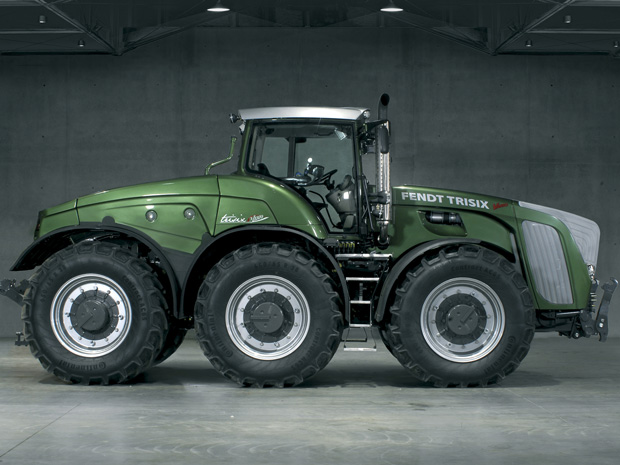 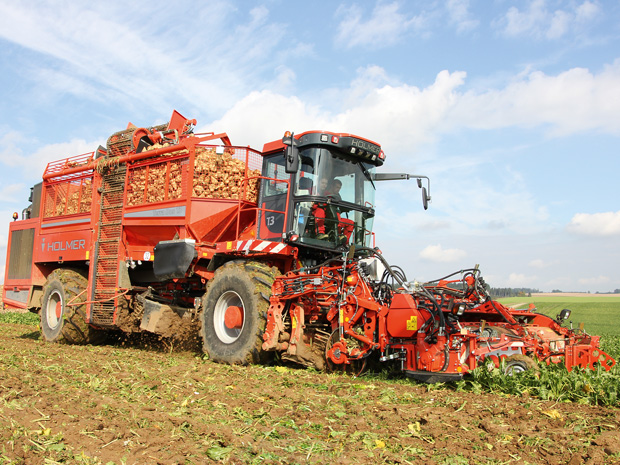 Fendt catered for the increasing demand for high-performance tractors with its Favorit 800, introduced in 1993, and the Favorit 900 Vario series, which was launched in 1996. The engine performance of 165 to 260 hp (121 to 221 kW) is delivered by a turbocharged six-cylinder MAN engine. The oil pan and crankcase of these engines are so robust that they act as load-bearing components for the large tow tractor. 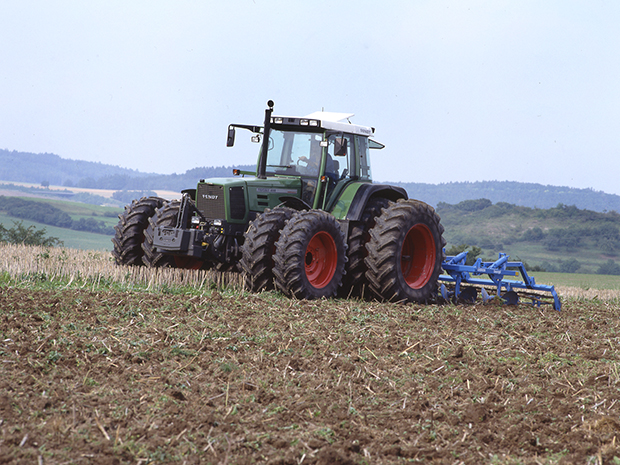 The Favorit 622 LS and 626 LS models, also referred as "Coatis" due to their long bonnets, are giants of their time. With them, Fendt broke the 200 hp mark. Under the bonnet, they had six-cylinder MAN engines with either 211 or 252 hp. 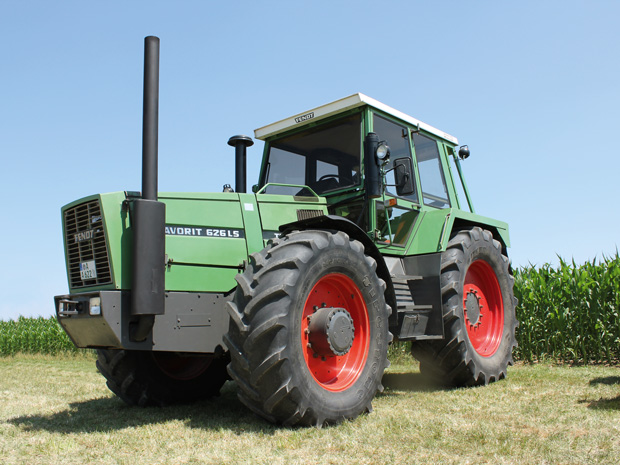 The tractor manufacturer Schlüter from Freising is world famous for its high-performance tractors. From 1973 onwards, Schlüter tractors were also fitted with four-, six- and in one case even twelve-cylinder MAN engines. These were mainly models of the Profi Trac, Super Trac and Euro Trac series. 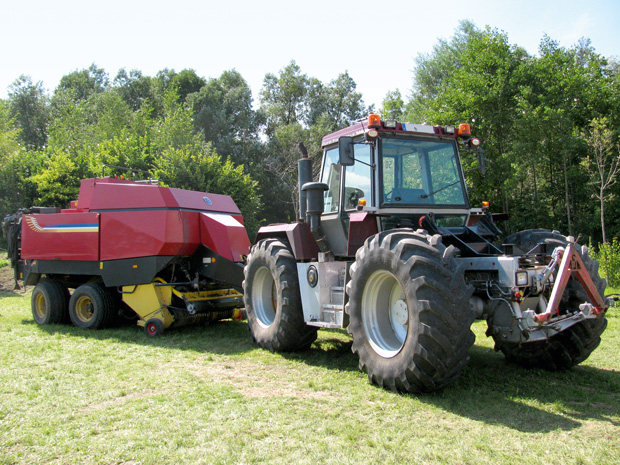 MAN was already cooperating with Rába in Hungary before the Second World War. Since 1973, Rába has built articulated tractors in Hungary under license from Steiger, although they are fitted with reliable MAN engines made under licence. Amongst others, this included one of the most common articulated tractors of all, the Rába 250. This four-wheel drive tractor with its 250 hp engine set new standards in the former Eastern bloc. 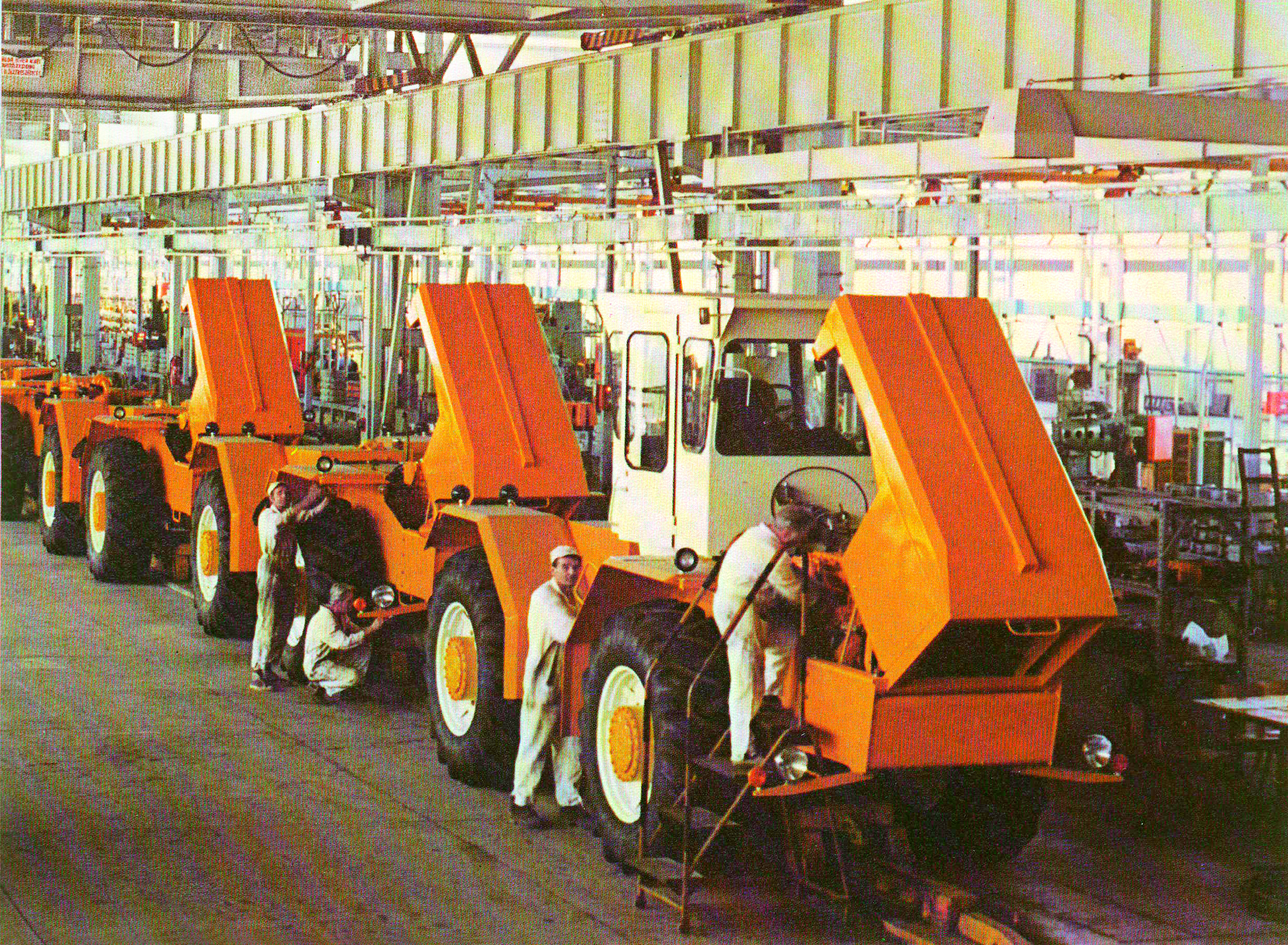 The first ZT 300 made its début at the IFA (Industrieverband Fahrzeugbau) show in the GDR in 1964. It was to become the forefather of a long-running series of medium- to heavy-duty tractors, designed for use on the large LPGs (agricultural cooperatives). This legendary tow tractor's diesel engine is a four-cylinder engine that uses the M process under licence from MAN. 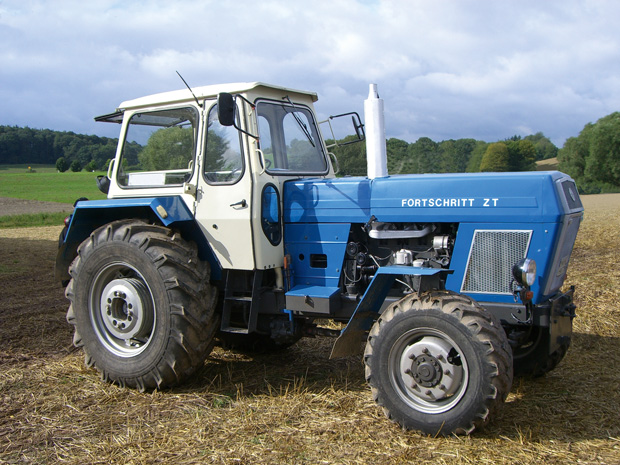 The middle ball or M engine, developed by Siegfried Meurer at MAN in Nuremberg, was characterised by low fuel consumption, very smooth running and high performance. In contrast to the G engine, the spherical combustion chamber is located in the middle of the piston in the M engine. Thanks to its soft combustion, the engine was also nicknamed the "whispering engine" or the "silent power engine". From 1954 onwards, all new MAN models, such as the 4 S 2 large tow tractor launched in 1957, were fitted with this type of engine. 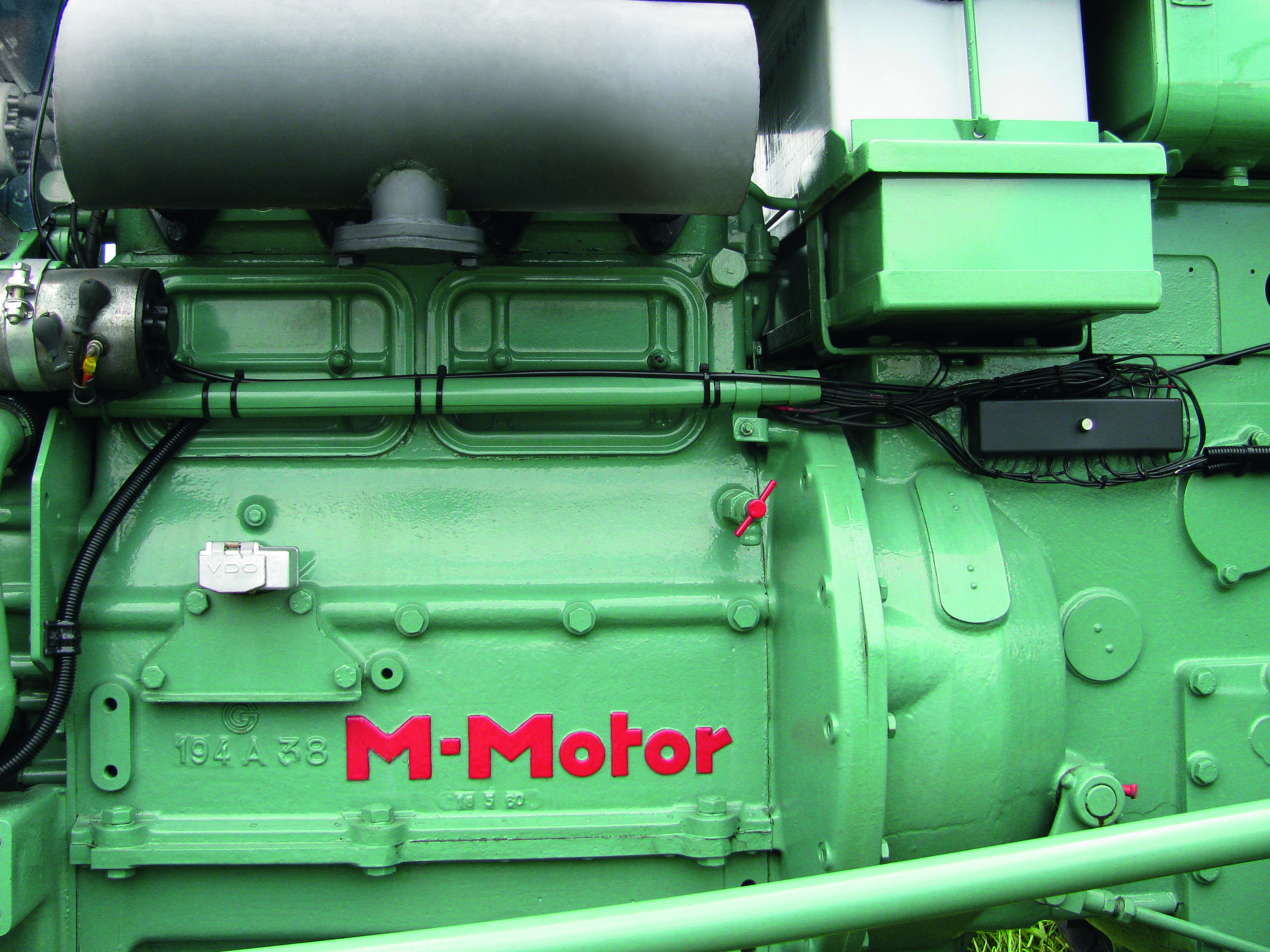 The first four-wheel drive tractor M.A.N. AS 325 A

MAN pioneered the introduction of four-wheel drive. MAN engineers recognised early on just how important four-wheel drive could be in agriculture – nowadays it can be found everywhere. In 1948, MAN presented the Ackerdiesel AS 325 A, which was practically unrivalled by standard tractors at the time on the German tractor market. 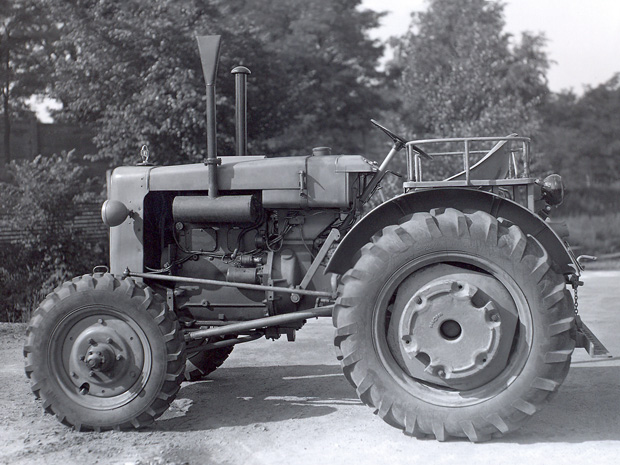 In 1937, MAN introduced the spherical combustion chamber and the flat-seat nozzle to engine technology: named the “G" process, (“G“ standing for “Globus", i.e. sphere). The eccentric hollow sphere in the piston crown reduces heat losses and improves fuel combustion. The first MAN tractor, the 50 hp AS 250 made in 1938, also had a "G" engine. 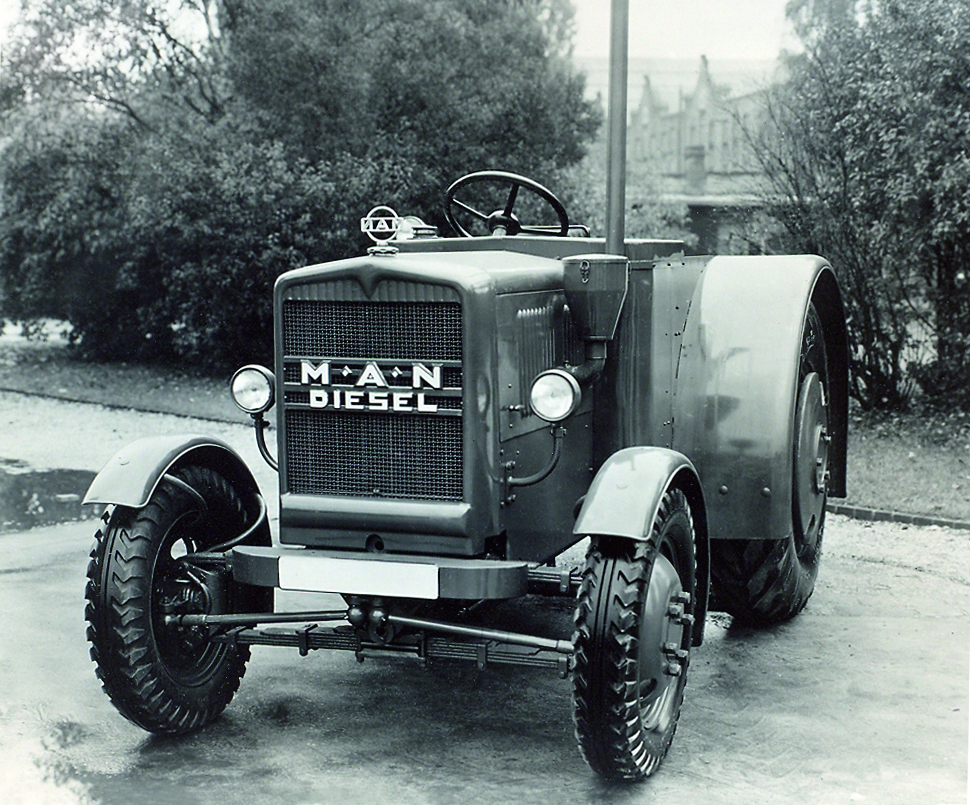 According to the plans drawn up by Rudolf Bernstein, MAN began the development of a flexible motorised plough in 1918, which could not just be used for ploughing, but also for harrowing, harvesting potatoes, driving stationary machines and as a tractor. It won first prize at the DLG show, where it was first presented in 1921, and it also beat the competition at several competitions, such as the "Moosburger Kraftpflugprüfung" in 1921 and at the "Vergleichs- und Schaupflügen" in Lower Franconia in 1922. 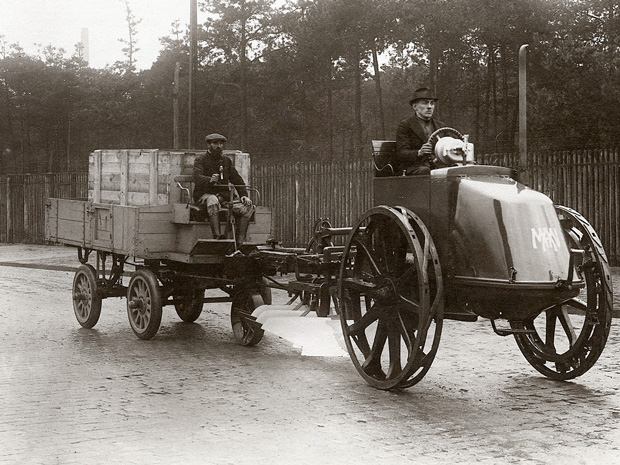 MAN vehicles for forestry and agriculture

Vehicles for forestry and agriculture